Visit our Photo Gallery with over 62'000 photos and growing daily!
Channing Tatum’s first lead role in Animation in “The Book of Life” 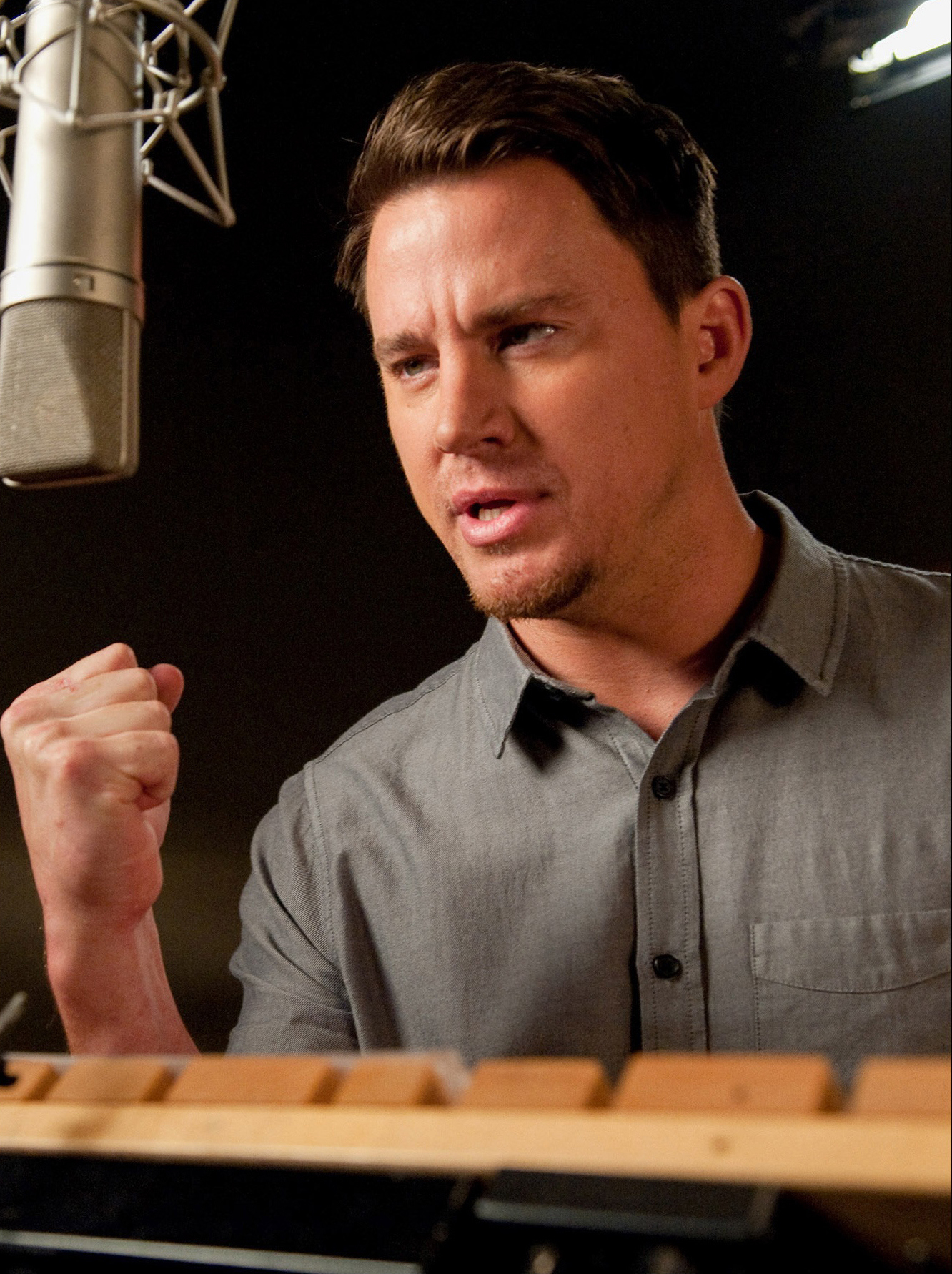 When it came to casting the new fantasy-adventure “The Book of Life,” director Jorge Gutierrez and producer Guillermo del Toro knew they would need a specific voice for the role of the town hero Joaquin. As the male counterpoint to the soulful Manolo (voiced by Diego Luna), he is both the best friend and romantic rival for the heart of Maria (voiced by Zoë Saldana). The two roles not only put a new spin to the classic “Prince Charming” type, they also represent the two sides of what it is to be a hero: the poet and the muscle.

Channing Tatum’s ascent to stardom has been built on roles that offered both archetypes at once, a key reason why he was sought for the character of Joaquin. With “The Book of Life,” Tatum was thrilled to finally enter the arena of animation in a lead role. And, when the role was pitched to the actor by Gutierrez, Tatum responded eagerly to the director’s impassioned telling of “The Book of Life.” “When we pitched Channing the movie, he loved it and was laughing the entire time,” says Gutierrez. “And then he took me aside and said, ‘You know I’m not Mexican, right?’ We had a big laugh, and Channing just jumped in and made Joaquin his own.” Tatum further shares in the following q&a the fun and unforgettable experience in voicing Joaquin.

It’s hard to believe that “The Book of Life” is your first real lead role in animation?

It was fun! I’ve been wanting to do it for a while, but the opportunity never came up. I heard the story as to why Jorge wanted to make the movie. I signed up like that. It’s just so personal to him, you know? It’s his story to tell, but I was pretty honored to be a part of it.

What was the process like for you in finding your “voice” as Joaquin?

“I didn’t have anything specific in my head that I was going for. I had to say certain Spanish words, like the name of the town. You want a uniform pronunciation. You want everyone to be saying it the same way, so there were certain things, like how you would say Maria. You want it to all feel like it is of the same world. But it’s really all just trial and error. I was having so much fun.

Has becoming a new father played a role in selecting the projects you want to take on as an actor?

“I’ve got a lot of explaining to do with my daughter, eventually. But, I think just as every parent gets into those shoes, you start to realize that you want something for them to be able to watch before they’re fifteen years old. I definitely didn’t do “The Book of Life” just for my daughter. I really did it because I loved the story and everything that it touches on. I’d always known about the Mexican “Day of the Dead” and the general emphasis of it. I didn’t know the finer points and the beauty in it. It was just really cool art to me. I probably didn’t even have the real definition of what the day means until I spoke to Jorge.

A key theme in “The Book of Life” is how we should all write our own story. If you review your life’s narrative, what part are you most proud of to date?

I think there’s always more to write. I’m really proud of the story that I’ve written so far. We have to live to the highest extent. Don’t ever be afraid to make a choice because you can always make another one. I think I’ve done a lot in my life. I can definitely say that I’ve made, not wrong turns, but turns where I’ve been like, “Alright, I don’t want to do this anymore.” You go on and you learn from every single thing you’ve done in your life. I think that’s reminiscent of our characters in the story. They’re all so alive and they’re all not perfect. They all have a sort of an inner song, their dream or want. You’ve got to just keep moving towards those dreams.